Mar Thoma Church in the U.S. 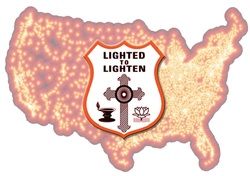 The history of the Mar Thoma Church in the North American and European continent represents the dreams and aspirations of the faithful members of the Church. Commencing as a small prayer group in Queens, New York, in 1972, the first approved parish was recognized in New York in 1976. From this humble beginning, the Mar Thoma Church began to immeasurably grow within the last 30 years. In terms of functionality, the churches in this part of the world were grouped as a Zone of the Mar Thoma Church in 1982. The leadership of the late Suffragan Metropolitan, Rt. Rev. Dr. Thomas Mar Athanasius guided the church in its new socio-cultural and geographical habitus. Upon Thirumeni’s unfortunate demise, the late Metropolitan, Rt. Rev. Dr. Alexander Mar Thoma, presided over the Zone. However, as per the decision of the Episcopal Synod, the churches in North America and United Kingdom became constituents of the newly formed “Diocese of North America and United Kingdom.” With the elevation in status, the current Metropolitan, Rt. Rev. Dr. Philipose Mar Chrysostom, took charge as Diocesan Bishop. Due to the expansion of the church, the nomenclature of the Diocese has changed slightly to its current name, “Diocese of North America and Europe.” As the need to truly ground the church into the reality of the socio-economic situation of the “Western” world was felt, the Diocesan Assembly took the step to permanently house the Diocese. Hence, the Diocesan Assembly purchased property in Richboro, PA, in 1994, from which the Headquarters has subsequently moved to its current location at 2320 Merrick Avenue, Merrick, N Y. Since the young diocese needed to be nurtured and developed, the Episcopal Synod appointed the first resident Bishop, the Rt. Rev. Dr. Zacharias Mar Theophilus with effect from October 1993. The Rt. Rev. Dr. Euyakim Mar Coorilos now serves as the Diocesan Bishop.
The church was initiated by various factors. The mission and vision of strong lay leadership as well as the aforementioned Bishops, the Diocesan Secretaries, Treasurers, Councils, Assemblies, have contributed and continue to contribute towards the molding of the Diocese. The following have served as Diocesan Secretaries: Rev. N.M. Cherian, Rev. A.G. Mathew, Rev. Dr. P.J. Philip, Rev. Jayan Thomas, Dr. P.V. Cherian (Associate Secretary), Rev. P.J. Alex, Rev. Dr. T.P. Abraham, Rev. Dr. P.G. George, Rev. Oommen Philip, Rev. K.Y. Jacob. Presently, Rev. Dr. John Joseph holds the post as Diocesan Secretary. The following individuals have served the Diocese as Treasurers, Mr. Thomas Mattapallil, Mr. Varghese Simon, Mr. M.K. Thomas, and Mr. Abraham Thomas. Dr. P. John Lincoln currently serves as the Treasurer of the Diocese.

The Church’s possibilities in this country are immense. She is grounded in the vision of providing identity while contextualizing to the dynamic realities of its living situation.